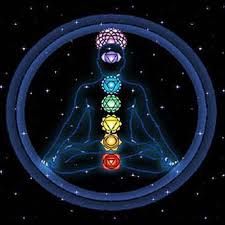 Curiosity about the future is shared across the whole world. Whenever somebody is in difficult phases of life, he or she tries to find out when the troublesome time will end? Sometimes, people get involved in it so much that they lose a sense of proportion. They spend thousands in consulting fake astrologers who claim that they will get rid of all the problems. Whether astrology is a real thing or just a superstition is a matter of controversy since ages. Those who stand in the opposite side criticize about predictions that go wrong. Those who are in favor of it give evidence of predictions that went correct. In this backdrop, what should be believed? What is the relationship between astrology and modern science? This blog touches about some crucial aspectsofAstrology Vs Modern Science.
Prejudice and reality
The biggest problem with the astrology is that people have a prejudiced opinion about it. While some people do not believe it at all and reject, some have blind faith. What is required is a rational thinking and balanced view about astrology.
Diagnosis should be correct
When we fall ill, we need an expert doctor who can find out the cause and provide appropriate treatment. The more precise the diagnosis is, the faster you get rid of the problem. Similarly, an astrologer has to be accurate in diagnosing the reason behind your problem. Therefore, one must approach an Indian Astrologer In Toronto native from India who is expert and experienced. When a doctor makes an incorrect diagnosis, it is the fault of the practitioner and not medical science. Similarly, when an astrologer gives a wrong prediction, it is the fault of the astrologer and not astrology.
But why do astrologers fail?
If it is a science, then why do astrologers give predictions that go haywire? The reason is simple. Astrologers don’t use their knowledge comprehensively. Instead of looking at the problem in a holistic manner, they consider it in bits and pieces. As a result, their predictions fail. There is another problem. Astrologers do not consider multiple reference books. They rely on one book that they usually refer to. In Astrology, there could be many interpretations of one planetary arrangement. If only one aspect is considered, then there is a high probability of it going wrong. The debate about the relevance of is unending. What is important that we should use it to resolve issues and difficulties, instead of comparing Astrology Vs Modern Science.

This is Astrologer Ganeshji